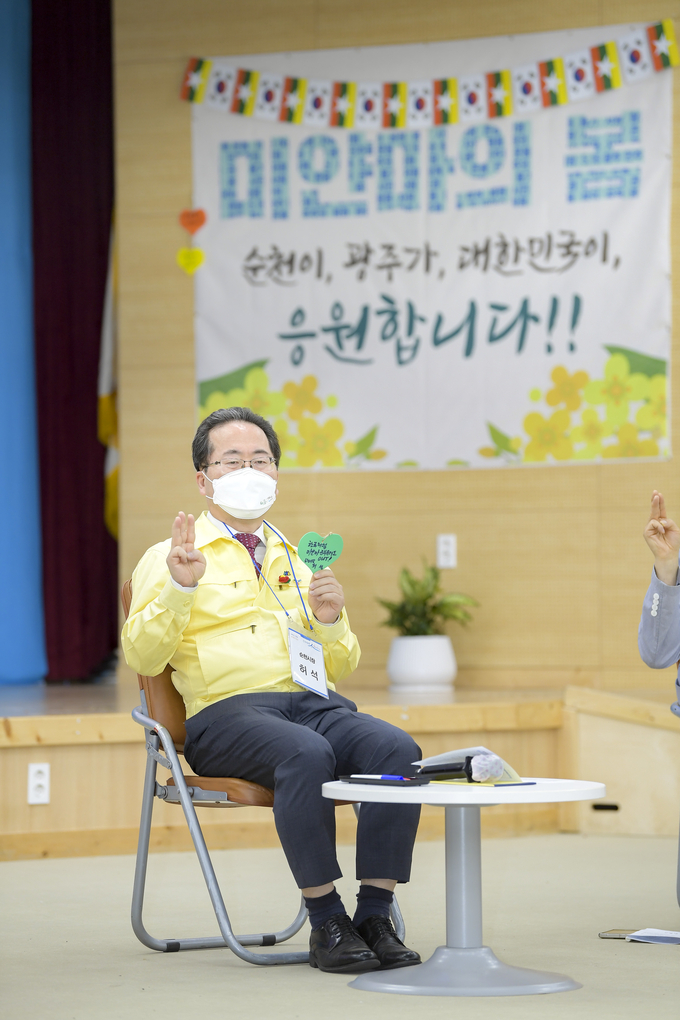 Suncheon Mayor Hur-Seok, Republic of Korea, opened three fingers, consoling & delivering scholarships to Myanmar students studying abroad in Suncheon City, who had been cut off from their families in the Myanmar military coup.

The Suncheon City Human Resources Development Association (Chairman Hur-Seok) delivered scholarships to Myanmar internat'l students studying in Suncheon on the12th, and comforted those who were disconnected from their homeland families in the recent Myanmar military coup.

On this day, a scholarship of 1 million was awarded to 22 international students in Myanmar at Suncheon Univ., with the participation of Suncheon City & Suncheon Nat'l University officials. Dam proceeded as a place of comfort & support.

As the first beneficiary, opinions have been gathered to provide scholarships to Myanmar international students who are currently suffering from military coups.

Suncheon Mayor Hur-Seok said, The current situation in Myanmar is more sympathetic to us after the severe uprising in May 1980 and reminds us of painful wounds. We will not spare the support that Suncheon City can provide so as not to give up.

Therefore An official from Suncheon City said, We will continue to support the Myanmar Democratization Movement, which is suffering from the harsh suppression of the military, with Suncheon citizens. 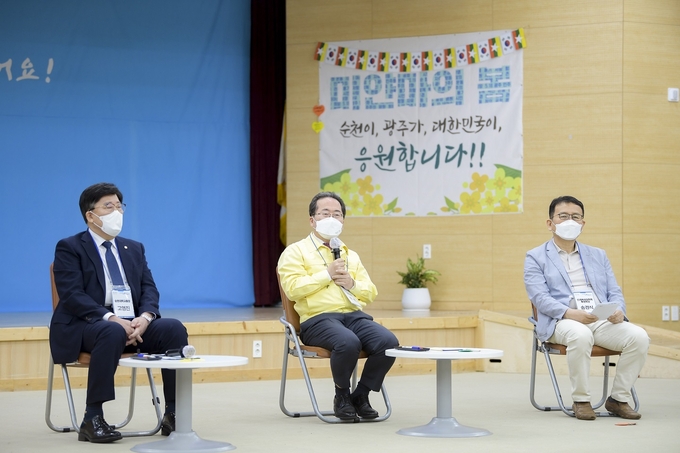 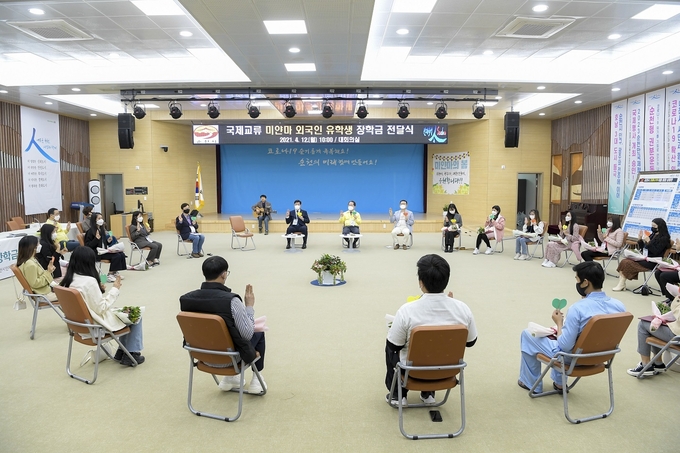